What are these medications used for?
They are available in what delivery forms?
Are there different kinds of bronchodilators?
Long-acting forms of beta 2-agonists bronchodilators
Adverse reactions, interactions, special warnings
Theophylline

What are these medications used for?

Bronchodilators are asthma medications designed to relieve asthma symptoms by relaxing the muscles that tighten around the airways. They act rapidly (usually within fifteen minutes to one hour) opening the airways, letting more air come in and out of the lungs. As a result, breathing improves. Bronchodilators also help clear mucus from the lungs. As the airways open, the mucus moves more freely and can be coughed out more easily.

They are available in what delivery forms?

Most bronchodilators are delivered to the lungs by a metered dose inhaler (MDI), dry powder inhaler device, or by nebulization. Meter dose inhalers are sometimes used with a spacer or chamber device to help facilitate delivery of medication, especially in children. In younger children, your physician may prescribe a bronchodilator to be used in a nebulizer (a machine that aerosolizes or mists a liquid form of the medication). Nebulization treatments can also be extremely helpful during an asthma exacerbation.

Are there different kinds of bronchodilators?

Bronchodilator medicines, also called beta 2-agonists, come in both a short and long acting preparation. The short acting forms are recommended to be used for “rescue” or to relieve the acute symptoms of coughing, wheezing or shortness of breath. Short acting bronchodilators may be helpful for patients with exercise induced asthma if used approximately ten to fifteen minutes prior to exertion.

Atrovent is another type of bronchodilator called an anti-cholinergic drug. It is available in both a metered dose inhaler and nebulizer solution. For asthma, it works best when used with a short-acting beta 2-agonist bronchodilator. It is important to note that it is not a quick relief medicine because it takes about 60 minutes before it begins to work. It is generally not as effective as beta 2 agonists in treating asthma.

The long-acting forms of beta 2-agonists are used to provide control— NOT QUICK RELIEF — of asthma. These drugs take longer to begin to work, but their effects last longer, even up to 12 hours. The long acting forms are designed to be almost exclusively used in conjunction with an inhaled steroid and often come in the same inhaler as a combination product (Advair, Symbicort). Long acting bronchodilators should be used exactly how your doctor prescribes them, usually once or twice a day and on long term basis.

Theophylline is another type of bronchodilator that is occasionally used in difficult-to-control or severe asthma. Although it is rarely prescribed, it is sold under the brand names Uniphyl, Theo-Dur, Slo-Bid, and Theo-24, and is available as a pill or liquid. It is long-acting and is used to prevent asthma attacks. Theophylline must be taken daily to be effective.

Possible side effects include: 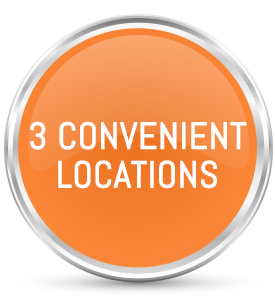